Corona-Demonstration Reichelsheim, Germany, on October 24 and in Walldorf on October 26, 2020

The blind obedience of the Germans

CORONA-KRITISCHE ANSPRACHE IN REICHELSHEIM AM 24.10.2020

When I arrived at the Corona demonstration in Reichelheim a very good lecture was already running. Afterwards, a mask teacher joined us to inform people that Mrs. Merkel is our guide. I went with the sign "Merkel sits the children dead" towards him and said to him: "Heil Merkel". 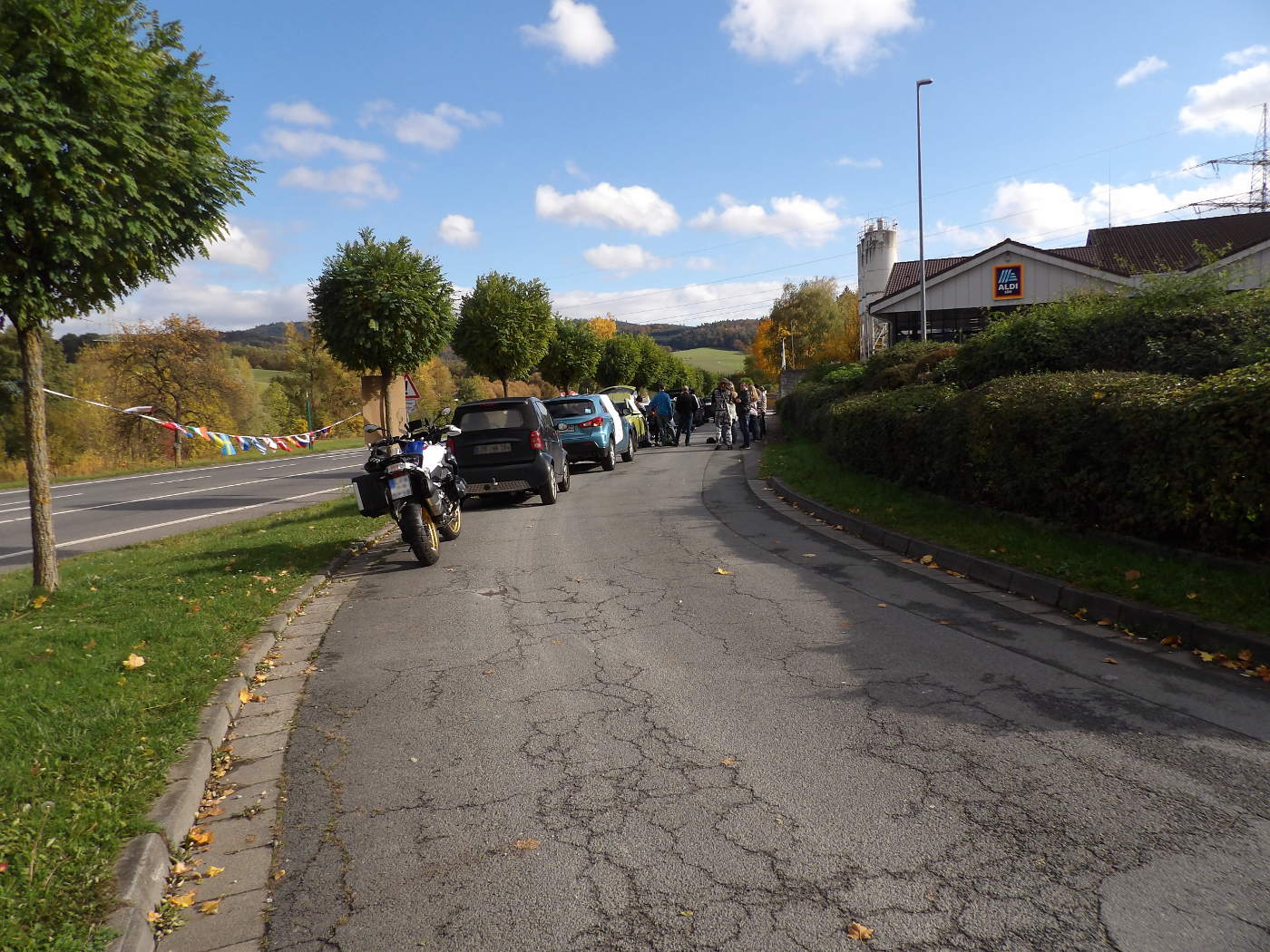 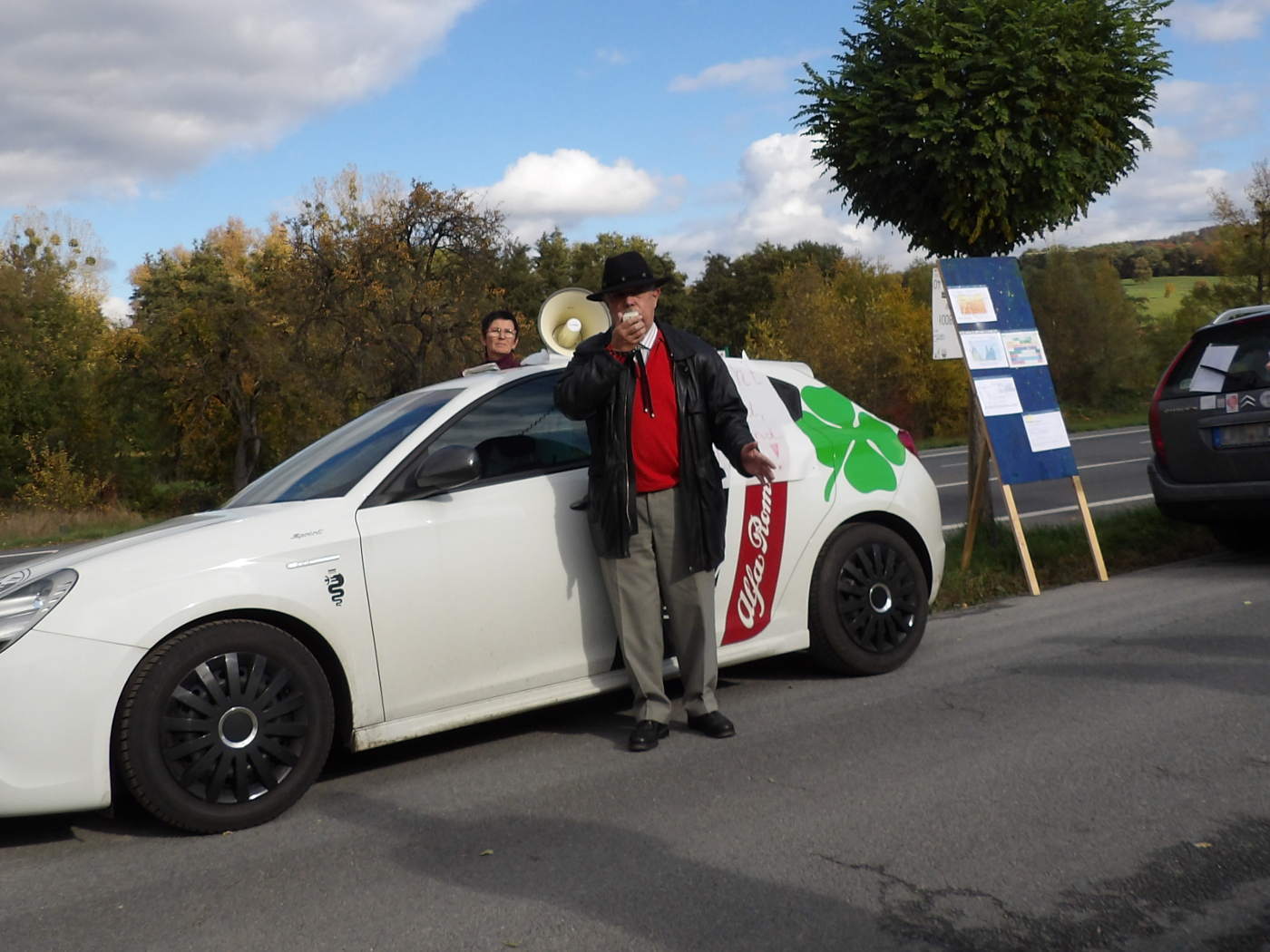 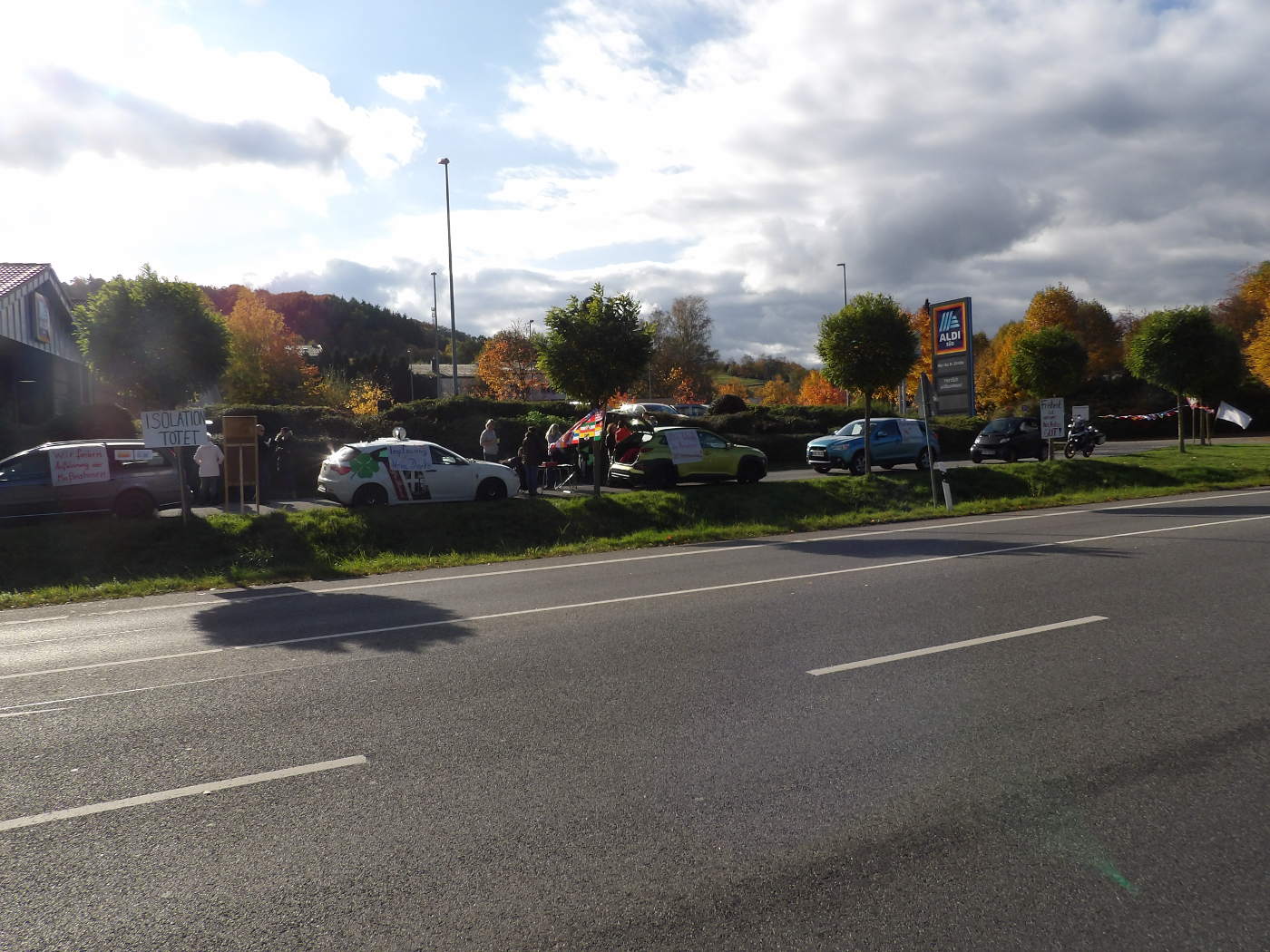 He responded with the question: "Do you have an alternative?" My reaction to this question was: "Raise your right arm!" 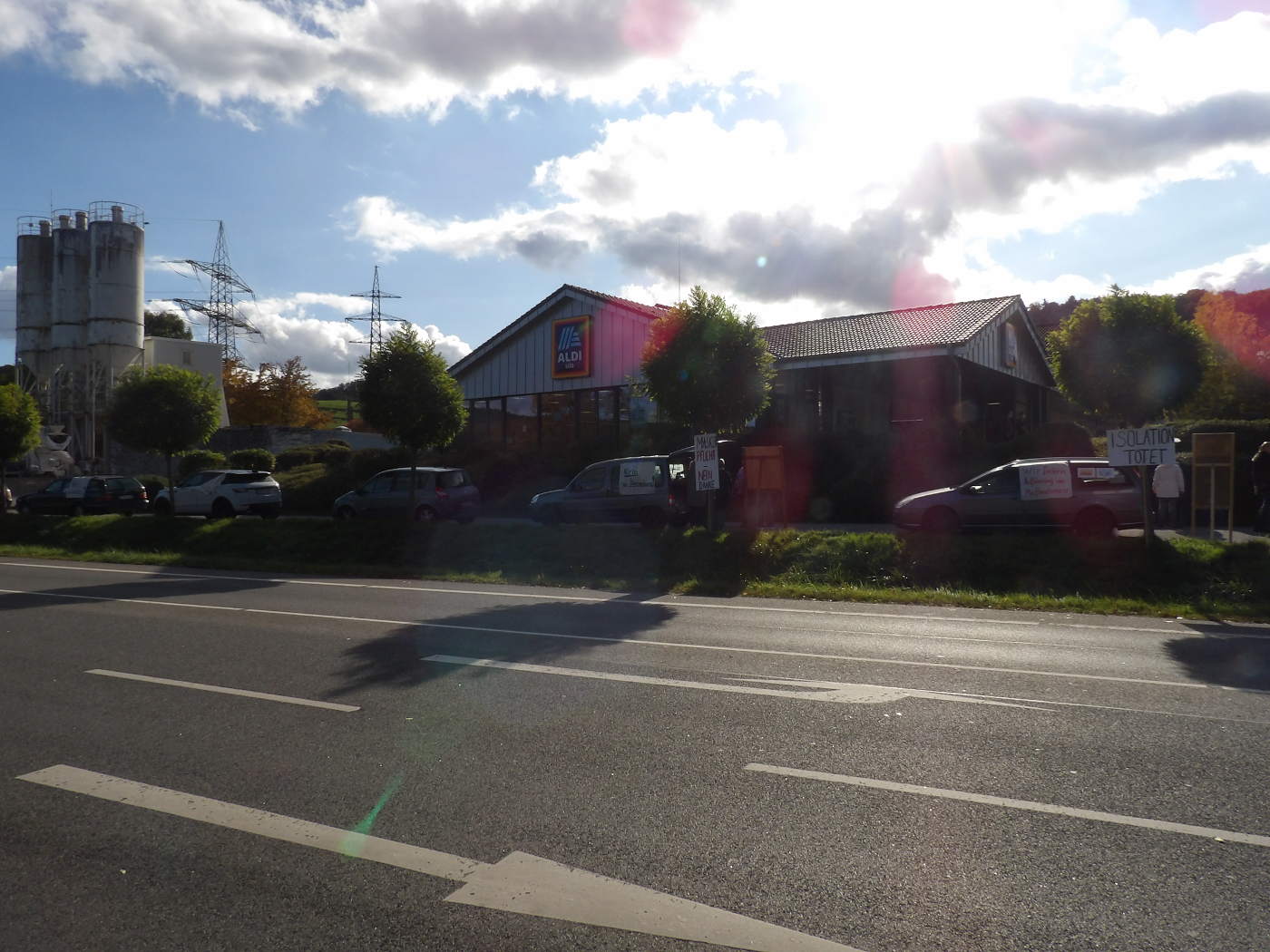 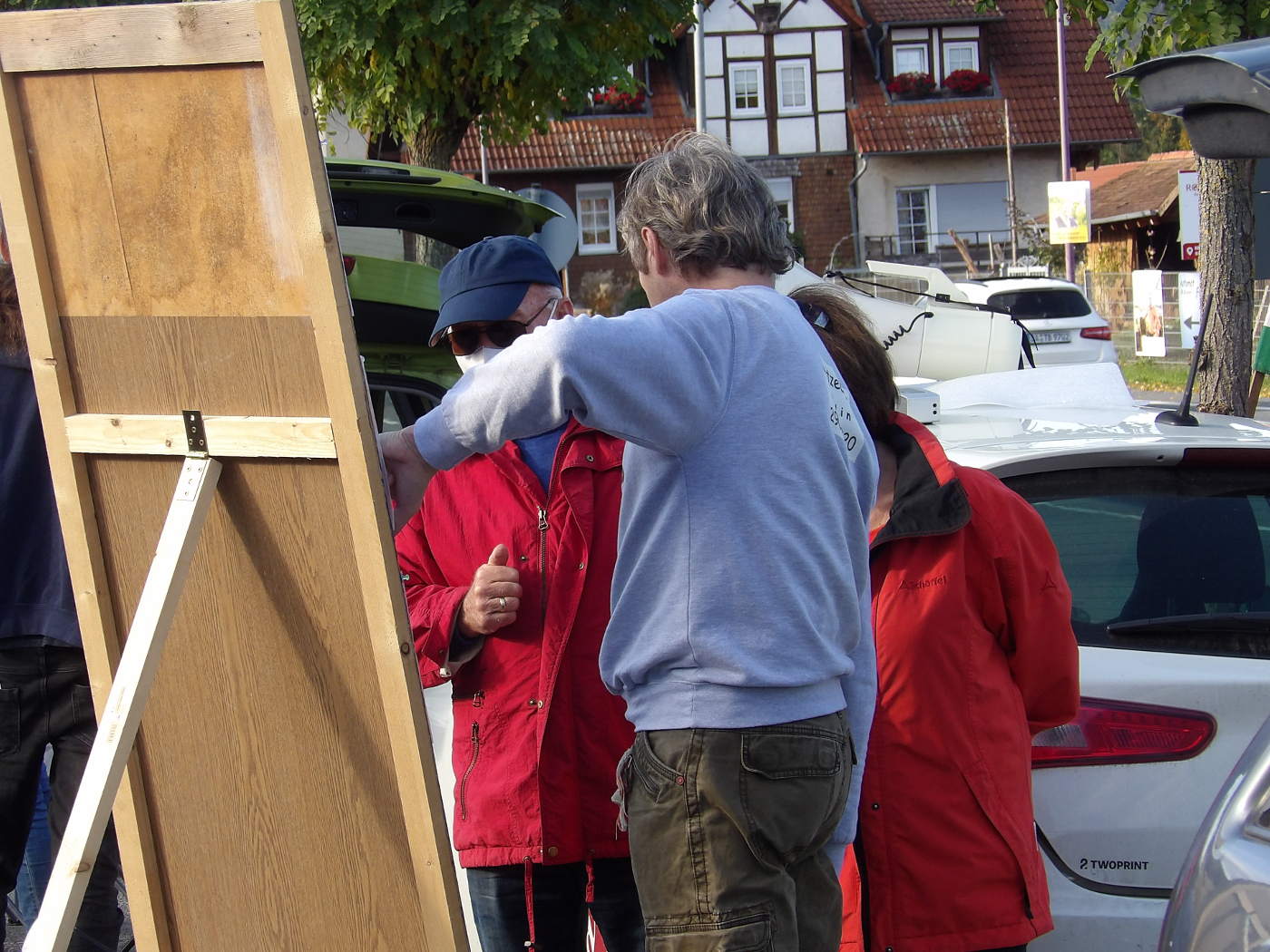 The mask teacher – I am sure – will realize in the near future that his behavior is exactly the behavior that brought Hitler to power and kept him in power at that time. We Germans have a quirk. It has to be the worst despot for us to feel good.

I had brought the sign "Merkel sits the children dead" to the demonstration on Monday in Walldorf. People who had studied the facts understood the text immediately. But some had doubts whether ARD-and-ZDF-disinformed people would even understand it. The biggest doubter came along again and again and had a new variant or combination of the text on hand. In doing so, he proved himself that this brief fact spurred on thinking. 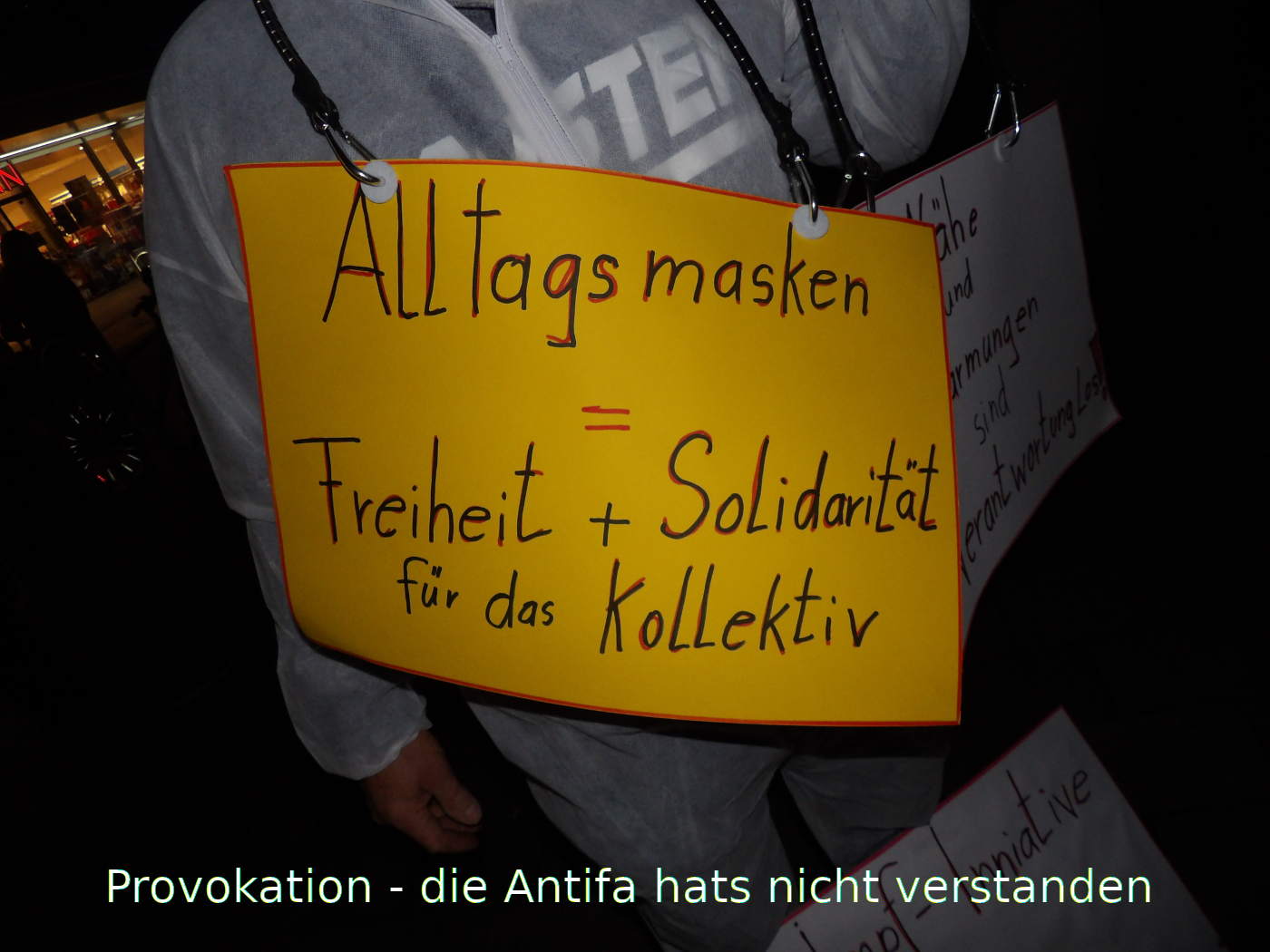 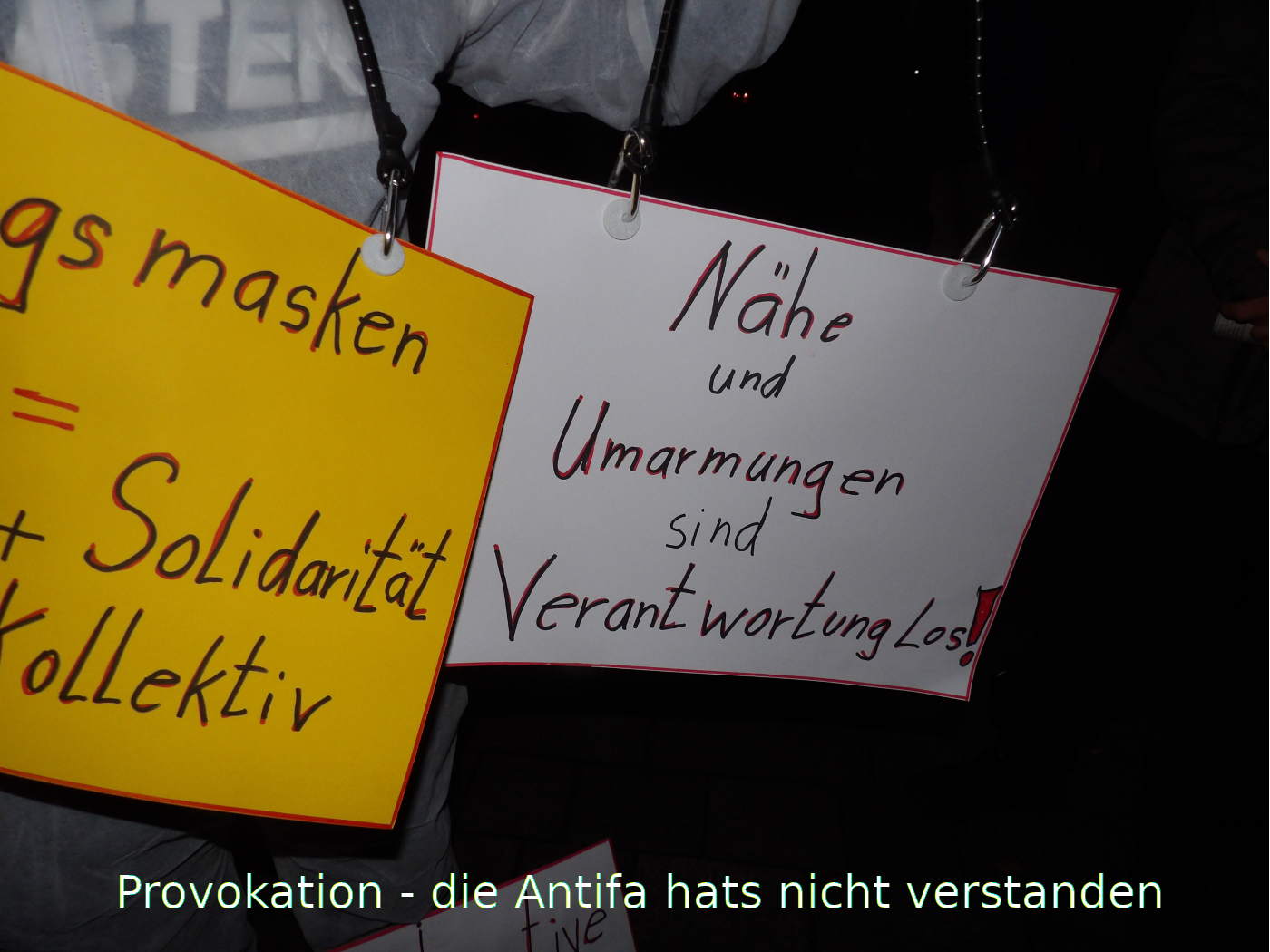 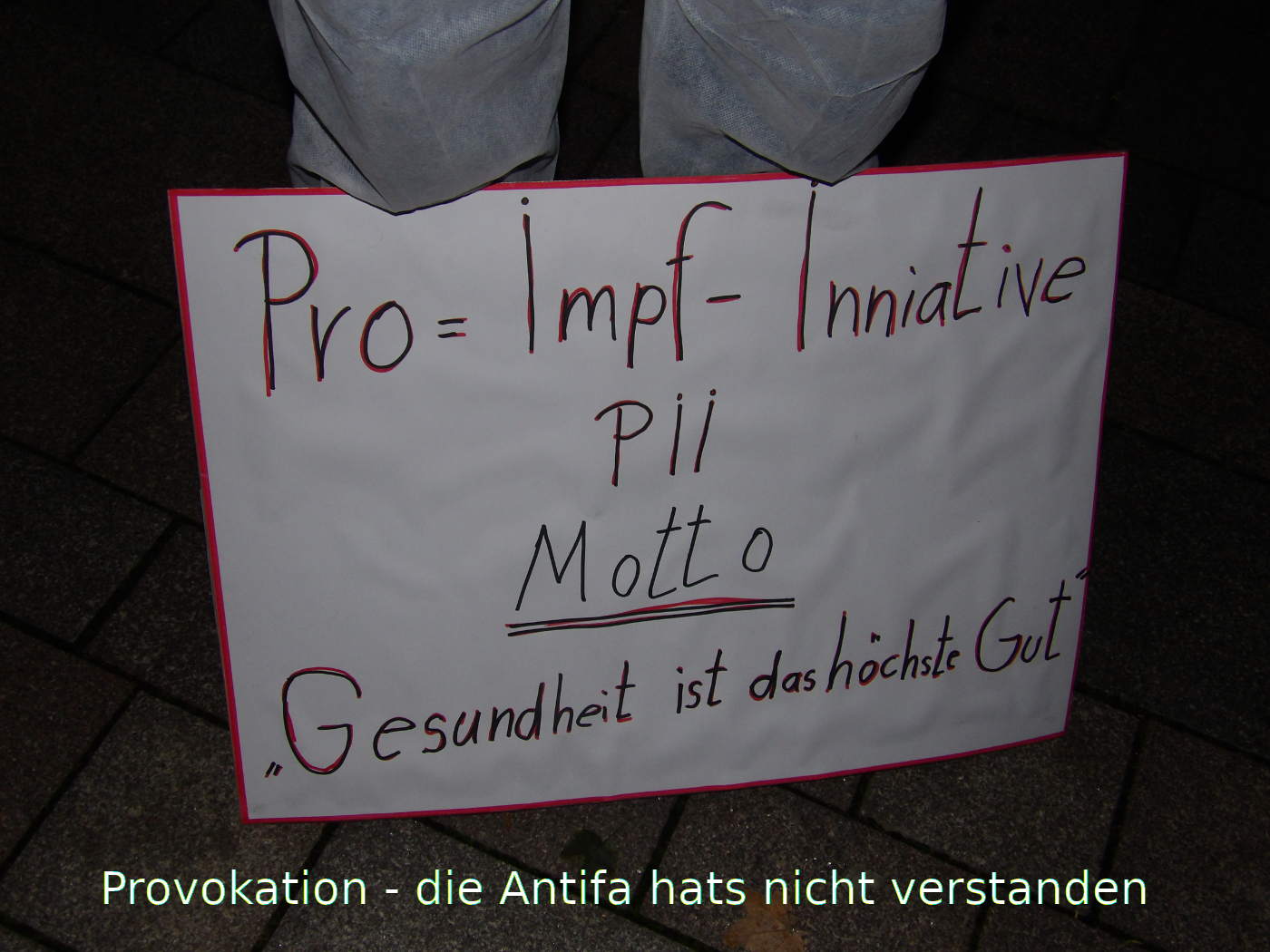 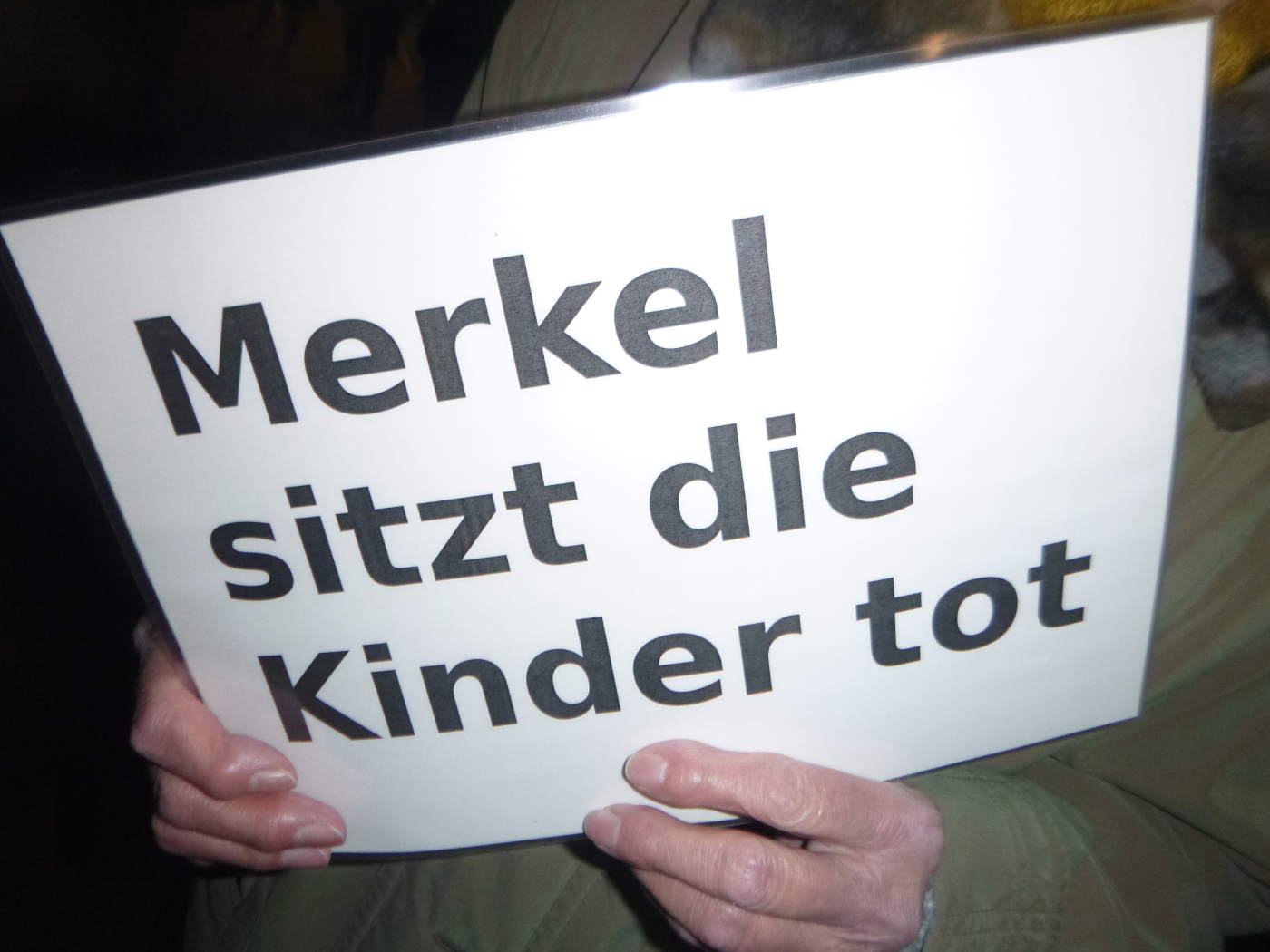 The police officers also looked at the sign. They also have children. They too will understand the sign.

Church and Antifa against Walldorf

The roaring antifa, for which the doctor pastor of Walldorf should really be really ashamed, worked together with the church again. Was the Doctor Pastor von Walldorf standing next to his bawling violent people? If the antifa people knew even the slightest idea how much they were embarrassed, they would sink into the ground at once.

Just as the Nazis imposed senseless harassment on the Jews in the concentration camp, so today the administrators act against the citizens. It has long since ceased to be about preventing a flu epidemic. Only the suppression counts. The scientifically completely wrong way of counting and defining the so-called new infections is proof of this.

Explain the saying "Merkel sits the children dead", I don't think everyone has understood it yet. What do you think, will Trump's election still be stolen?

The USA-Democrats are left-wing green. Not another word from me on this. :-) [RH]

Yes, exactly Rüdiger, such facts are hushed up, sat out and swept under the carpet. Just like in the Watchtower society, the truth must not come to light. That is exactly what distinguishes us Christians from the world.

Real Christians point to the truth, while Merkel politics and the Watchtower Society distract from the truth and cover up everything. It is the same thing over and over again. Only these mendacious practices will not protect from being finally cleared up in the judgment of God, at which Jesus is personally present, and from coming away.

To me, honestly, a worldly court would suffice for the time being. This communist in a trouser suit must be brought to justice as soon as possible. [RH]

HomeWhat every child understandsAgain and again "New light"On the road like Jehova's WitnessesOn the Watchtower DoctrineWatchtower chainsWatchtower demonsInfo for outsidersPersonal informationPeople oppressionVideos
How broadcasters trample on peopleSpread of Islam worldwideDemo reports, Lateral thinking, Corona, Antifa, Merkel systemMonday-Corona-Demo-Walldorf on October 19, 2020Fuehrer command! We follow!Corona demo in RauenbergLies as the basis of life spoil our societyHow the MDR copies the Watchtower SocietyDear Federal Office for the Protection of the ConstitutionParallels between the sects Watchtower Society and Green Alliance 90Moenchengladbach speech against Ms MerkelMigration Holocaust Denial Afd DestructionYoutube channel Hans Meier glorifies Adolf HitlerRepopulation experiment Mounk FreemasonryPolitics implements watchtower experimentWatchtower Doctrine: When All Nations UniteWatchtower experiment: First pure language – then gender-appropriateWatchtower Experiment: Meaningless Murders by Knives and Bleeding to deathAnother parallel between Jehovah's Witnesses and the GreensMrs. Renner of the Left refuses to shake hands – this is how Islamic hatred spreadsSo much for Islam – Merkel has to leave!How Islam automatically takes over the countryWoman incited against Muslims and failed with lawsuitProtestant Church wants to deepen dialogue with IslamMark given on right hand or foreheadAngela Merkel has a demonHow Masonic Communism Will Take Over EuropeYuval Noah Harari – Uniting humanity in Islam
12345678910111213
Creation date: October 28, 2020 ♦ Printable version ♦ Links to other websites ♦ Privacy statement ♦ Sitemap ♦ Contact ♦ Imprint